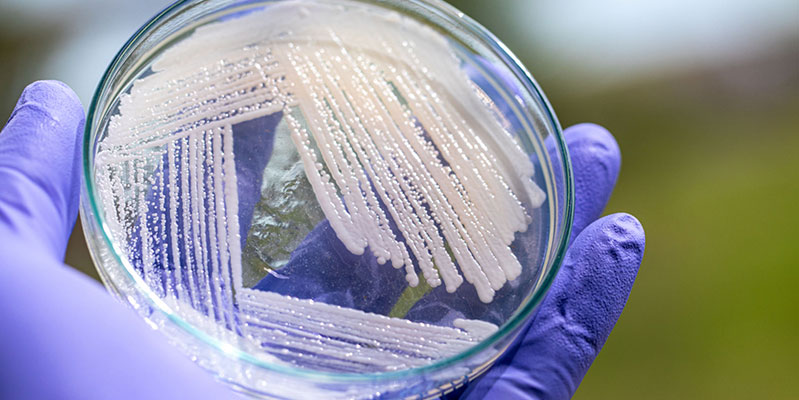 How to increase unstable protein expression in E. coli

Recombinant protein expression and purification for therapeutic development or for in vitro studies can sometimes be a real challenge, because it requires huge investments in both time and cost in order to obtain high yields.

The objective of this article is to give you a simple guide to easily establish optimal conditions for recombinant protein expression and production in E. Coli, which is the most widely used protein production system, of problematic unstable proteins of interest.

If we take a look in the optimization process for the production of problematic proteins, the first step you have to keep in mind is the analysis of the biological and physico-chemical properties of the target protein. This can be achieved by using online bioinformatic resources, or dedicated software. With the information you collect, you can then better identify the experimental strategy you need to adopt.

Below we show you 6 additional parameters that you can adapt to optimize recombinant protein expression in E. coli or at least, prevent possible problems that might appear in the production process.

6 Tips to optimize protein expression and production in E. coli

1. Choose the most adapted Bacterial strains

Depending of what type of protein you want you have to select the most suitable bacterial strains. There are available on the market different bacterial strains with specific characteristics for the production of different types of proteins, like toxic or membrane proteins, or for proteins with rare codons, or with di-sulfide bonds.

The number of plasmids available on the market is huge. Therefore, choosing the right one for the recombinant protein expression is a real challenge, because each promoter has different characteristics. For example:

The majority of amino acids are encoded by multiple codons, which means that there are multiple tRNAs that correspond to one amino acid. Also, in a given cell can be tRNAs, that code for the same amino acids, that are much more abundant than others.

The codon optimization can increase the abundance of the protein because it removes rare codons and replaces them with abundant codons present in the host organism.

Optimising codon usage of the gene of interest in the chosen heterologous expression systems is a way to optimise its translation rate by exploiting the natural ratios in tRNAs content in the expression system.

Nevertheless, in some instances, this effect is not systematically profitable for all target proteins.

The elongation of mRNA is a non-uniform process and speed seems to be linked to the need to modulate the time required to allow the correct folding of domains in multi-domain proteins. Optimizing the codon usage would mean increasing the speed of the elongation through all the sequence, but promoting then the chances to obtain partially folded species that would be either degraded or sent to the inclusion bodies. Novel algorithms need to be developed to take this problem into account.

You might be also interested in reading: What are the Differences Between Master Cell Bank and Working Cell Bank?

It’s well known that bacterial cultivation at reduced temperatures is often used to reduce protein aggregation, because it slows down the rate of protein synthesis and folding kinetics, decreasing the hydrophobic interactions that are involved in protein self-aggregation.

Also, the low cultivation temperatures can also reduce protein degradation due to poor activity of heat shock proteases that are usually induced during protein overproduction in E. coli.

But this strategy has also some drawbacks, because the temperature reduction can also affect replication, transcription, and translation rates, besides decreasing bacterial growth and protein production yields. Nevertheless, these limitations can be circumvented by the use of cold inducible promoters that maximize protein production under low temperature conditions.

The optimization of recombinant protein expression can also be carried out by the composition of the culture media and related additives used, because each protein is particular and optimal conditions won’t be the same for all proteins.

To improve protein solubility and purification efficiency, you can use several tags, like:

As we have mention several times in this article, each protein is a particular case. Expressing an unstable protein in E. coli strains is not an easy thing and there are no “magic recipes”.

But there are solutions if you take into account their specific physico-chemistry, performing efficient design of experiment (DoE), and implementing new strategies and/or using innovative reagents.

What about you? Are you considering recombinant protein expression, production and purification in E. coli?

At 53Biologics, we have already assisted many life scientists in their recombinant protein expression and purification programs. Why not take advantage of this expertise too?

See how 53Biologics help their clients in their R&D by optimizing protein expression in E. coli strains.

Characterization and Validation for Biologics

🙌 To keep everyone safe, to protect everyone’s health, we need to #equalize

Let’s do what we can to end inequalities holding back the end of #AIDS!

❤ Happy #Thanksgiving from @53Biologics to all our US network! Wishing you a fantastic holiday with your friends and family.

🤔 What mistakes do #biopharma companies tend to make during #drugdevelopment? This is one of the questions that we analyzed in our last article!
😏 Interested in reading it?

World Health Organization (WHO) @who ·
18 Nov

It is World Antimicrobial Awareness Week.